My Liverpool Urban Site: Welcome to my Blog of the Liverpool area.Updated ...

Email ThisBlogThis!Share to TwitterShare to FacebookShare to Pinterest
Welcome to my Blog of the Liverpool area.

Updated on a regular basis with a collection of my wanders and Urban Explores in the Liverpool area.

To view each Location page click the name tabs at the top of the page.
Feel free to leave any comments or share the site via the links on the right column.
See more pictures on Flickr
https://www.flickr.com/photos/69107477@N04/
More new pics added 3-8-13
Thanks for your support!! 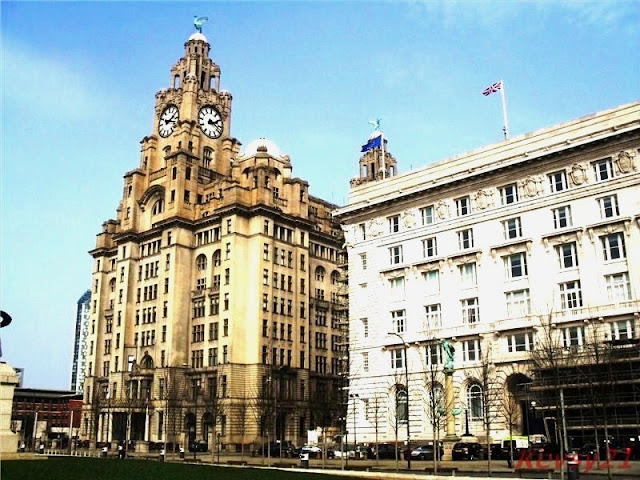 Liverpool is a city and metropolitan borough of Merseyside, England, along the eastern side of the Mersey Estuary. It was founded as a borough in 1207 and was granted city status in 1880. According to the Office for National Statistics, the 2010 mid-year population estimate for Liverpool was 445,200 and was part of a larger urban area of 816,216.
Historically a part of Lancashire, the urbanisation and expansion of Liverpool were both largely brought about by the city's status as a major port. By the 18th century, trade from the West Indies, Ireland and mainland Europe coupled with close links with the Atlantic Slave Trade furthered the economic expansion of Liverpool. By the early 19th century, 40% of the world's trade passed through Liverpool's docks, contributing to Liverpool's rise as a major city.
Inhabitants of Liverpool are referred to as Liverpudlians but are also colloquially known as "Scousers", in reference to the local dish known as "scouse", a form of stew. The word "Scouse" has also become synonymous with the Liverpool accent and dialect Liverpool's status as a port city has contributed to its diverse population, which, historically, were drawn from a wide range of peoples, cultures, and religions, particularly those from Ireland. The city is also home to the oldest Black African community in the country and the oldest Chinese community in Europe.
In 2007, the city celebrated the 800th anniversary of the foundation of the borough of Liverpool, for which a number of events were planned. Liverpool was a joint European Capital of Culture for 2008

Liverpool's history means that there are a considerable variety of architectural styles found within the city, ranging from 16th century Tudor buildings to modern-day contemporary architecture.The majority of buildings in the city date from the late-18th century onwards, the period during which the city grew into one of the foremost powers in the British Empire.There are over 2,500 listed buildings in Liverpool, of which 27 are Grade I listed and 85 are Grade II* listed. The city also has a greater number of public sculptures than any other location in the United Kingdom aside from Westminster and more Georgian houses than the city of Bath.This richness of architecture has subsequently seen Liverpool described by English Heritage, as England's finest Victorian city.The value of Liverpool's architecture and design was recognised in 2004, when several areas throughout the city were declared a UNESCO World Heritage Site. Known as the Liverpool Maritime Mercantile City, the sites were added in recognition of the city's role in the development of international trade and docking technology.

Ferries, railways, transatlantic steamships, municipal trams ,electric trains and the helicopter were all pioneered in Liverpool as modes of mass transit. In 1829 and 1836 the first underground railway tunnels in the world were constructed under Liverpool.
The first School for the Blind, Mechanics' Institute, High School for Girls council house and Juvenile Courtwere all founded in Liverpool. The RSPCA, NSPCC, Age Concern, Relate, Citizen's Advice Bureau and Legal Aid all evolved from work in the city.
In the field of public health, the first lifeboat station, public baths and wash-houses,sanitary act,medical officer for health, district nurse, slum clearance, purpose-built ambulance, X-ray medical diagnosis,school of tropical medicine, motorised municipal fire-engine, free school milk and school meals, cancer research centre,and zoonosis research centre all originated in Liverpool. The first British Nobel Prize was awarded in 1902 to Ronald Ross, professor at the School of Tropical Medicine, the first school of its kind in the world. Orthopaedic surgery was pioneered in Liverpool by Hugh Owen Thomas, and modern medical anaesthetics by Thomas Cecil Gray.

In finance, Liverpool founded the UK's first Underwriters' Association and the first Institute of Accountants. The Western world's first financial derivatives (cotton futures) were traded on the Liverpool Cotton Exchange in the late 1700s.
In the arts, Liverpool was home to the first lending library, athenaeum society, arts centre and public art conservation centre. Liverpool is also home to the UK's oldest surviving classical orchestra, the Royal Liverpool Philharmonic Orchestra.

In 1864, Peter Ellis built the world's first iron-framed, curtain-walled office building, Oriel Chambers, the prototype of the skyscraper. The UK's first purpose-built department store was Compton House, completed in 1867 for the retailer J.R. Jeffrey, to replace a previous building which had burned down in 1865. It was the largest store in the world at the time.

Thanks for visiting and support.
Please call again or bookmark for new updates.


Check out my new Runcorn and Widnes Blog
http://urbanruncorn.blogspot.com/


Posted by kevsy21 No comments: Links to this post